Last week, we finished up the initial work to get Prismatic Maze working on Mac & testable via the beta branch on Steam.

This week, we worked on Trees!

Initially, Pigments could grow into any cell on the map, provided it wasn't already owned by another Pigment.
To that, we added Empty cells, basically just poking some holes in the map and preventing Pigments from growing into them.
This resulted in maps that had a little bit more of an organic feel to them.

The idea was always to put stuff into those cells - landmarks and decorations and such.
Also, for the next game, we're going to be simulating earth-like planets, so foliage is a big part of that.
So, we started by working with some tree asset creators and experimented with adding trees in the empty spaces. 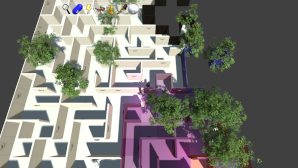 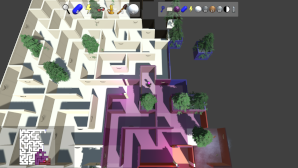 But, of course Christmas is coming up, so we hid all of the tree stuff and replaced it with Christmas Decorations! 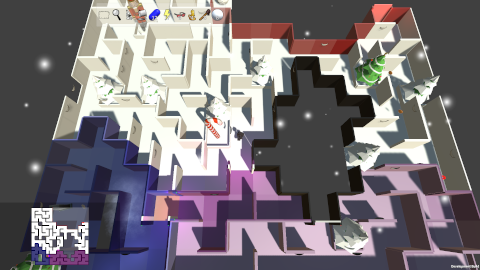 This post, along with additional work item details is available on Patreon.